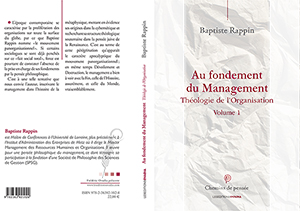 Thank you for this long email, illuminating in many ways. I resume our discussion of the Greek and Jewish word base: at first, in the tradition, the difference is obvious, even though I am more cautious on the issue of technology. Which is biased or untoward, almost obscene (I will not repeat the contents Black Notebooks) is that the gap vanishes as soon as we refer to Heidegger’s thought, Heidegger is the one to do to be a hermeneutic issue in the first pages of being and Time .

I do not speak of complete ignorance of Jewish speech in Heidegger, but compare for example Ouaknin that says the Ten Commandments, what Leo Strauss says relying on Maimonides and the status of Being in Heidegger. What is given in the beginning, it is the order of the word and the word of the order, a kind of logos distinct from the Greek logos. After which differs radically, is the ethical, of course, namely the call, but the text of the Talmud is complex with the Mount Sinai reversed that analyzes Levinas, Benny Lévy and Ouaknin.

If the ontological content differs significantly, the structure seems identical. Let us be clear, this is not to dilute the identity of the two banks, but to see, to conceive that they lead to the same river or the signified and the signifier can be common! but not the reference. Regarding the panorganisationnel, although I do not dispute the sound references you give, I have tended to place it in the preface to the Principles of Scientific Management of Taylor, you know, with this innocuous sentence and stripping : in the past the man Was first, in the future, the system will be first . Pure and self-realization of the same immanence. Nat there not here a generalization of a scientific procedure or scientist called protocol since the late 19th century? Is the protocol does not the scientific name panorganisationnel?

On the subject of the Holocaust, I am less convinced by what you Agamben, especially when it’s the ultimate mulsulman witness testimony and devaluing the meaning of the word. In doing so, this view seems the antithesis of Kertész thinks the camp as text. The Almeida book is not uninteresting, but, in my opinion, far analytical projections of Zygmunt Bauman and a Browning. I will be one of your first readers for the release of your second volume on Heidegger and Management.