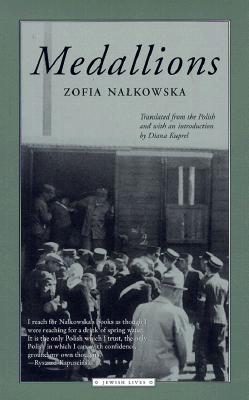 Long before Heidegger, Arendt, wrote in 1945, Zofia Nałkowska is the first to design the extermination as manufacturing corpses.

« If we want a mental picture of the enormity and the brevity of the killing operation which Poland was the theater – regardless military campaigns – the feelings that dominate not only the horror but also astonishment.

Were gassed and burned these untold masses of people as a particularly thoughtful process, rational, efficient and advanced. Doing so was not private to resort to more personal methods worthy of amateurs and corresponding personal predilections of the perpetrators.

These are not ten of thousands or hundreds of thousands, but millions of humans who have been transformed into raw materials and goods in the Polish death camps (…)

In Oswiecim, the children knew they had to die. Smaller, still unable to work, were selected to be gassed. The selection was carried out by passing the children one after the other in a bar set at a height of one meter twenty. Aware of the gravity of the moment, smaller, approaching the bar, straightened up, walked on tiptoe by growing up, walking on tiptoe by growing up to touch the bar of the head and try to have survived.

About 600 children, to be gassed, were locked, because they had not the number corresponding to a full gas chamber. They hid, but the SS pursued them to bring them back into the block. We could hear them from afar cry and scream for help.

One night, someone knocked on the window of the small bedroom of one of the doctors. When he opened two young naked boys came in, they were numb with cold. One was twelve, the other fourteen. They had managed to get off the truck when it came to the gas chamber. The doctor hid the boys home, fed them, gave them clothes. He managed to get a trusted man of the crematorium that certifies having received two more bodies. Exposing every moment of death, he kept at his boys until they could again be present in the camp without attracting suspicion.

Dr. Epstein, a professor at Prague, walking in an alley between the blocks of the Auschwitz camp on a beautiful summer morning saw the two small still alive. They were sitting in the sand and playing with twigs. He stopped near them and asked:

– What are you, children?
He received this answer:- We play to burn Jews.  »